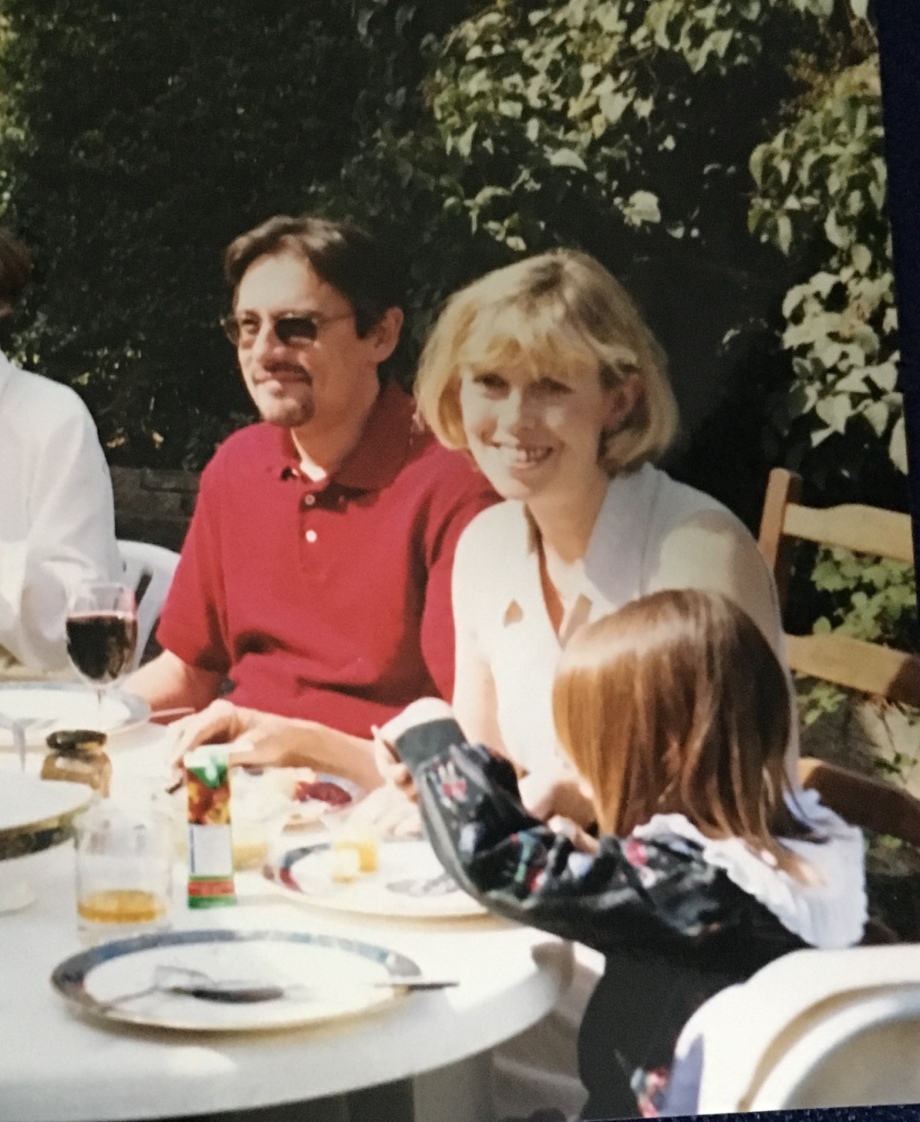 Marguerite was the Diana to my Anne of Green Gables – many were the glasses of “raspberry cordial” that we shared, many potatoes peeled and eaten, many world problems discussed and solved, many evenings spent together, many days out, and in; generally, someone I relied on to be there when I needed her and hoped to be there when she needed me.

I first met Marguerite when we started at Walford together.  She was a head of year, I was second in English and we actually had very little to do with one another, except when I had problems with one of her year group.  Then she would come down in full force, dealing with the miscreant in her inimitable fashion, smile on lips, eyes glinting, brooking no opposition form anyone.  I would not have wanted to be a child at that moment, but they appreciated her.  I certainly did.

Then six months later I went on maternity leave, Ofsted happened, and I came back to a rather different, more subdued school.  Marguerite was still on hand with the naughty boys (yes, I am being sexist here, but it was usually boys) and then disaster struck.  My father was diagnosed with cancer – it was touch and go, and he decided to go to The Clementine Churchill Hospital for his operation and aftercare.  When Marguerite found out she immediately offered to drive me there as often as I needed – it was around the corner from where she lived, she claimed, and it would be no problem.  So, for three weeks she drove me from school to the hospital, waited for me while I saw my father – (who recovered incredibly quickly, by the way) and then drove me home again.  It was she who helped me to prioritise my life.  While I was in school I could only think of school and had to forget my father and my baby daughter, let alone the rest of my family.  In the car to and from the hospital and in the hospital itself I had to concentrate only on my father.  Once I got home I had to forget him and school and concentrate on baby and children and family.  Without the redoubtable Mrs Rogers I could never have done it! But those car journeys were how we got to know one another and realise we were in many ways kindred spirits.

When my baby daughter was about three and hers was celebrating her twenty first birthday, I was invited for the first time to Marguerite’s house. What a privilege that was. Her hospitality was unfailing.  From then on I was a frequent visitor, evenings, days, family occasions and even one Christmas. When my in-laws came to London from Poland she invited us all and some other Polish speakers for a lovely lunch in her garden.  My mother-in-law has never forgotten her thoughtfulness.

She too became a frequent visitor to us.  My parents adored her, but her real friend was my Aunt Alice. Marguerite was just halfway in age between Alice and me, and we all got on very well together.  Marguerite would visit Alice, who lived alone in Cookham, quite frequently, and there came a time when Alice needed help. She had had several infections which affected her brain, but only some of the time. Marguerite would come to visit, especially when I couldn’t, and one day she was there when an assessor arrived to work out my aunt’s state of mental health.  The poor man couldn’t leave fast enough.  He started asking some puerile questions and was quickly satisfied with my aunt’s dementia. Marguerite told him in no uncertain terms that my aunt was not senile, nor stupid – she was an accountant who was running her own business and he needed to treat her with more obvious dignity and respect.  By the time Marguerite had shooed him away he really understood how to approach people who were frail and confused.

Marguerite was a real friend to all our family.  She was Marysia’s sponsor for confirmation and took a real interest in all my children. She gave a home to Kasia when she needed somewhere to live between sojourns abroad and was ready to drive any of us anywhere.  She loved going to the theatre and always managed to make friends with all the people in the group. I am devastated that she will not be with us this October when we go to see Michael Law and the Piccadilly dance orchestra.  I bought a lot of tickets with her specifically in mind.

She loved dancing.  As many people know our kitchen in London is tiny.  But it has hosted many a tango night with Marguerite and my husband dancing the night away.  Suddenly the room would take on the atmosphere of an Argentinian dance hall. The wine would flow, the music would get louder and louder, the dancing would be faster and faster and the laughter more and more joyful.

She loved going to galleries.  We went to lots of exhibitions together –one memorable occasion was when we went to the Gagosian in Kings Cross to see some Picassos. It took us ages to find it, and then we were significantly underwhelmed.  Oh well, what to do next?  We walked outside and then I saw a bus stop.  “Let’s get on a bus and see where it takes us.” “Ok,” said Marguerite.  We hopped on and then began to giggle uncontrollably.  We had no idea where we were going. But all’s well that ends well.  Within a few minutes we were outside the Tate Modern and looking at a Basquiat exhibition.  Much pictured out we then went for a long walk along the South Bank and home.

Marguerite was a brilliant head of year and a fantastic teacher.  Teaching had not been her first choice of career, but my goodness was she good at it!  When I was teaching a nurture group in Heston School, I was supposed to teach all subjects.  I could cope with maths and humanities – just – but Science!  I can’t light a Bunsen burner without panicking, let alone do any other experiments.  And this is where true friendship lies.  Marguerite, who had officially retired by then, agreed to come and teach my lessons for me.  Proper science.  In a lab.  With experiments.  And write ups.  And homework.

My sixteen rather challenging children were in total awe of her.  She treated them like grownups.  She gave them responsibility. and if they didn’t rise to the occasion she let them know.  They adored her. The science staff in the school responded to her wonderfully. She made people blossom. She was an inspiration.

I feel so privileged to have known her.

I was only one of her many friends – she had so many, from so many different spheres.  I never went on holiday with her, yet travel was one of her many passions.  We used to talk about going to Poland, but in the end, I think she went without me!  Never mind.  She has travelled to a finer place now.  Too soon, though.  I keep on wanting to ring her to arrange something.  To talk about books.  And clothes. And our children.

Johanna was the light of her life, her raison d’etre and all the other clichés you can think of.  Tigress mother, Marguerite wanted nothing more for her daughter that she should be fulfilled and happy; she was immensely proud of her and her achievements but most of all of her kindness and delicacy and lovingness.

Marguerite! Rest in peace and love and joy.  26 years of knowing you were too short.