This is one of my most treasured possessions. Made of olive wood I believe, it has been part of my consciousness all my life. When I was small my mother would not let me touch it – I was quite clumsy as a child – so it gained a mystery that never quite went away.

It used to stand on a mantelpiece in Talgarth Road and was I believe one of the few possessions my mother took with her the day she left. Then it stood on her dressing table in Egerton Court and various shelves in Elm Park Gardens, Nevern Square and finally Abinger Court.

She had brought it back from Nazareth in what was then Palestine. She had lived there for three years as a young schoolgirl volunteer – Szkoła Młodszych Ochotniczek – brought over from the depths of Siberia as part of General Anders’ Army – and must have bought it there or received it as a present. I don’t know. One more thing she never talked about.

So – when I was finally allowed to touch it, to look at it – I discovered it was an inkwell. I had just learnt to write with a dipping ink pen at school, so this was the perfect opportunity to practise! We had bottles of blue black Quink at home so some was very carefully poured into the tiny glass receptacle in this lovely camel’s hump. And I could write! It was so exciting.

Soon after even I graduated to a fountain pen. My tiny little Conway Stewart didn’t need the camel so it went back on a shelf forever. But the glass is still blue. And his expression is still benign. Or so I like to think. 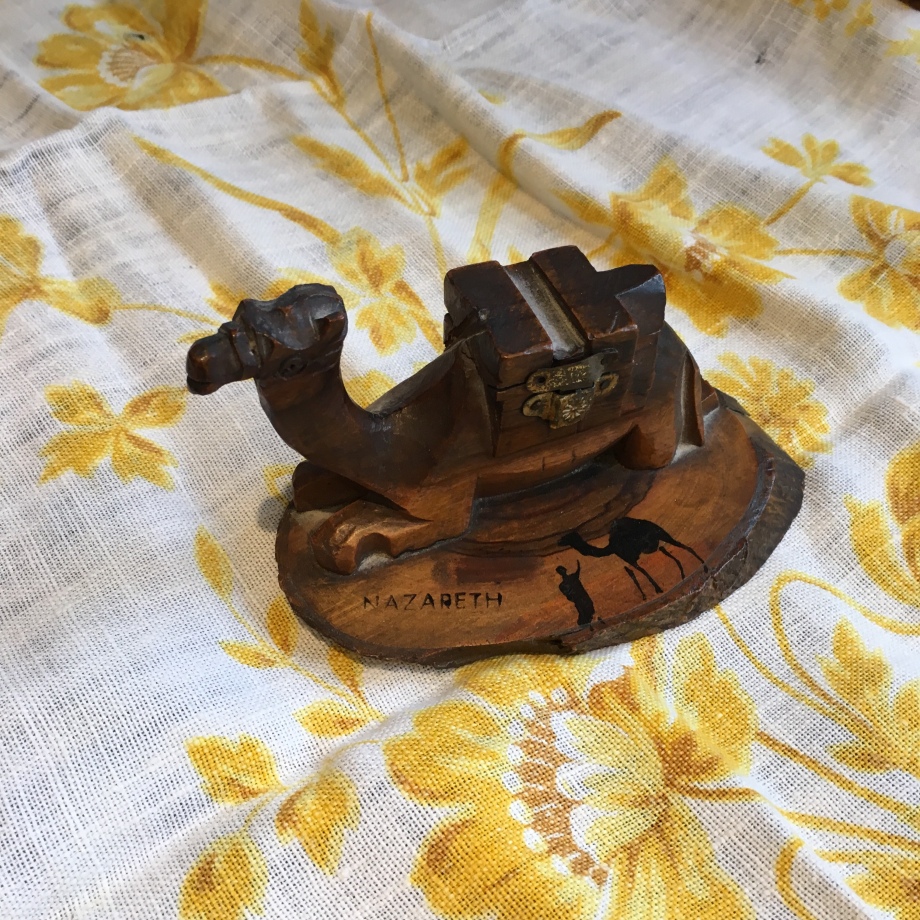