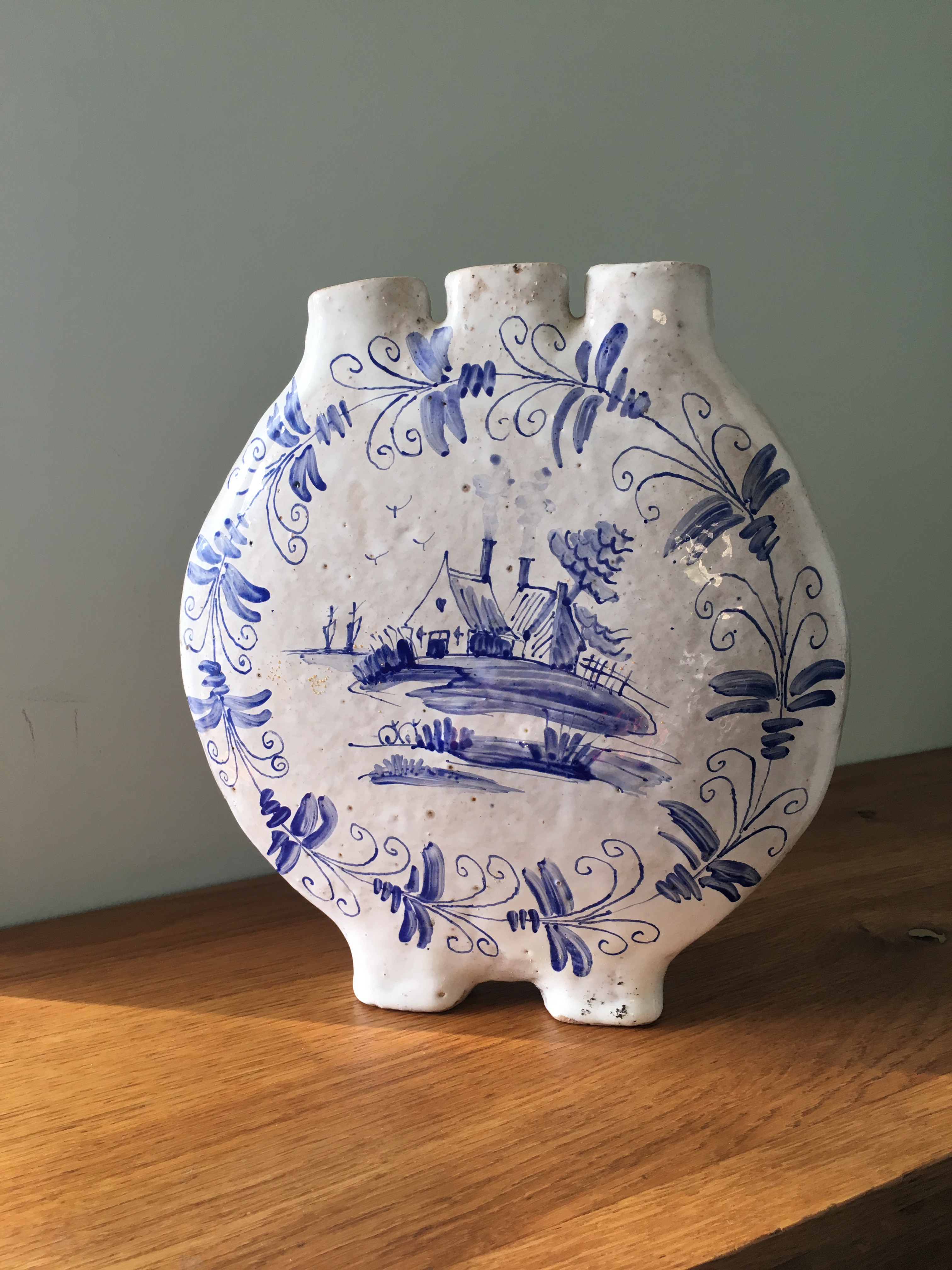 When I finished university in 1976 I didn’t really know what to do with myself. I had a degree, I’d spent the long hot summer of 1976 freezing to death and getting wetter and wetter in Newcastle where I was helping on a summer school for Spanish children (I’m sure none of them would ever have wanted to return to Britain after that experience) and then I decided to go grape picking in France.  But first I went on an archaeological dig in Tours in France.  All other stories. I came back (not having grape picked) to London for an interview with the General Refugee Council – unsuccessful – and then I had nothing to do. I was having a gap year, but with no plan!

All my friends were either working or still studying, but I was at a complete loose end.  I had nowhere to live – my mum had moved from the wonderfully spacious South Kensington flat to a small, but perfectly formed little dwelling in Elm Park Gardens. Lovely, but a bit of a squash. So I had to get out, somehow.

My mother  was good at describing my plight to all her friends (it was her plight too, as I was sharing her bedroom) and finally one day an acquaintance of hers, Pani Alina Falkiewiczowa, suggested that I go to Poland and teach English and Spanish privately. She declared she would find me students and that she would be my first!

So off I went.  She was indeed as good as her word.  Pani Alinka was a ball of energy. She was 58 or 9 at the time. She had just learnt to drive and had bought a little Maluch (Fiat 126) which she drove precariously through the streets of Warsaw, as she  introduced me to all her friends and insisted that they learn English from me.  She set the fees (two hundred zlotys an hour) and the conditions.  They had to give me coffee, feed me if possible and take me to the theatre whenever they went. Surprisingly enough there were one or two who agreed to this.  They were all members of the geography /geology department of Warsaw University where she was a professor.

She was fiercely bossy but very lovable.  She invited me for lunch three times a week to her tiny flat which she shared with her husband who was about twenty-five years older and their ancient maid, Pani Olenka, who was the most important member of the household.  If she didn’t take to you, you might not get fed.  Luckily she didn’t mind me and the food was delicious- usually washed down with Cyprus sherry, of all things, which pan Bogdan had acquired a taste for whilst working as a legal adviser at the British Embassy.   Pani Alinka had met him when she wanted to learn English as a student just after the war.  He was her tutor  – and reader, she married him.  They never had any children, but they both loved young people and hence her instant attachment to me. Her English was still not very good after almost thirty years, but she was still keen! For three months I lived in Warsaw staying with another friend of my mother, also a university professor, and her daughter, and working ten or twelve hours a week, raking in the money, and having a lovely time.  It was summer and hot.  I walked the length and breadth of Warsaw as I had a lot of time, from student to student, and dying to spend some of the money that I was earning.

There was no point in saving it as I could not exchange it for western currency, but this was communist Poland and the shops were empty.  Thinking back now I wonder why I didn’t buy some clothes, but I don’t recall seeing clothes shops.  I wasn’t terribly interested at the time I suppose, and anyway my English clothes – I had a pair of lilac jeans at the time, I seem to remember – caused enough of a stir to satisfy me anyway.  There were, however, a few Cepelia shops where I managed to buy a lot of folkloric things – beads, slippers, wall hangings, etc.  and then one day I came across an antique/art shop. DESA.  Dark and dingy, you would hardly notice it from the outside. But my eagle eyes spotted  a very pretty blue and white vase in the very small shop window. The price was well hidden so I went inside to ask.  They told me.  I bought it and then they told me I had to have a receipt which I mustn’t lose if I am to take it back to England. The receipt  (paragon in Polish. Why?) made it quite clear that this was not an antique, just a modern take on Delftware.

No problem, I thought. It will be a lovely present for my Aunt Alice when I go back to England.

At the end of my three months I packed all my gifts and souvenirs carefully into my large and very heavy suitcase and was taken to the airport by a lot of friends.  I was very sad to be leaving but thrilled at having such a lovely send off.  I crossed the barrier, waved everybody goodbye and then the fun! started.  Customs officers descended upon me and asked me to open my suitcase.  So I did.  Did I have anything to declare? I didn’t. Can we look? Yes, of course. I had nothing to worry about. My beautiful stripy wall hanging was on top.  They took it out and shook it. Then they saw the vase.  What’s this? A vase.  Look, I  have the receipt. They look.  They call someone else over.  They read the writing on the receipt.  It says modern artwork.  But the shop is an antique shop.  You can’t take this out of the country.  Why not.  It’s an artwork and therefore protected.  But they said I could in the shop.

Well, you can’t.  You must give it back to whoever brought you to the airport.  Or we will confiscate it. My heart sank. They actually took me to the barrier and told me to search for my friends.  Of course they had all gone home. Meanwhile my case is open on a table somewhere, my plane is about to fly without me, I have no mobile phone because they haven’t been invented yet and so I do what I do best when I’m  stressed and embarrassed and worried.  I burst into tears.  I  didn’t care any more.  I wanted to be at home.

Suddenly the atmosphere changed.  One customs officer pats me on the head and tells me very kindly to stop crying.  Another gently takes my vase from my hands and repacks it in my wall hanging in my suitcase and shuts it carefully.  A third looks me in the eyes and tells me very solemnly that next time I try to take something out of the country  I should pack it at the bottom of my suitcase and not leave it at the top for them to notice!

I couldn’t believe it.  I picked up my suitcase, and walked as quickly as I could to the plane.  What a relief!

Needless to say I have never tried to smuggle anything  – I wasn’t smuggling then – were they just bored and having a bit of fun? I was just so pleased that I could bring my vase back.  I think my aunt liked it as she always kept it out.  (Other presents wandered into the attic, we discovered – she never threw or gave anything away.)