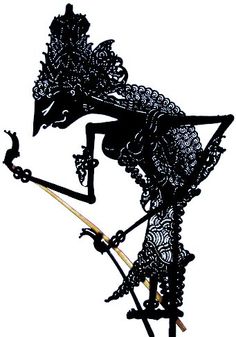 Wayang is a Javanese shadow puppet – but I didn’t know that till a short while ago.  For me the name conjured up the idea of a lovely, very exotic for its time, restaurant in Earl’s Court Road.  When I was at primary school and a little later, my mother worked round the corner in 273 Old Brompton Road in Tazab Travel. a place partially owned by her favourite man of all time.

I have been working near here for the last year or so and have  been looking very nostalgically for hints of the past.  This particular place is no longer here, so I was very pleased to find this image on the RIBA website, which justified my memory.

My mother used to bring me here for lunch sometimes in the school holidays.  I would spend a lot of the day with her at the office, licking stamps and stuffing envelopes when I was very small, and running errands and licking stamps and stuffing evnvelopes when I was quite a bit older.  But I loved it.  The place was buzzing with very old people who worked there and talked about the war, and  their children and grandchildren  – the casual labour force -who flirted and  gossiped  and were grateful for the opportunity to make a little money.  I still see some of these people, though I wonder what happened to Adam Noel? Another  gentleman in the basement was called the Badger because he worked underground.  Mr Dzianott and his wife were there too and one of their daughters also worked there.  Mr Dzianott used to cook lunches sometimes in the tiny kitchen – the feeding of the five thousand, as the ritual was known! If he wasn’t cooking they would sometimes order in an egg curry from the restaurant next door.  This was absolutely delicious as I remember: two hardboiled egg in an aromatic yellow goo, accompanied by perfect white rice.  This restaurant has sadly disappeared too.

But Wayang was special. For one thing we had to walk there.  My mother didn’t like walking at all, so the five hundred yards or so in her high heels was a real sacrifice.  As you can imagine we didn’t go there that often, only when her friends were away from the office, I suppose. But Idelighted in  the atmosphere  and design of the place.  It did indeed have shadow puppets on the walls and it was all decorated  in black and white.  Very different from the general glare of the swinging sixties!  It was also usually quite crowded which was a disadvantage. But I loved going there – it was special to be out with my mum.  I can’t actually remember eating very much except for  one dish: Russian Blini with cream and smoked salmon.  I am salivating as I write.  Almost a Proustian moment – and so much better than a piece of dry sponge cake.

Very near here was a Wimpy Bar – which I also liked – they had Hawaiian wimpies – a hamburger in a bun with pineapple and joy of joys –  a glace or maraschino cherry poked through with a cocktail stick.  Yum.

That’s gone too, as has Dino’s which was on the other side of the road.  Not that we actually went there.  We had a better one in South Kensington opposite our house!

The only place which is still left of my old haunts is the Troubadour Cafe just a few doors down from Tazab Travel.  I certainly didn’t go there with my mother – it was dark and rough and full of people with long hair and dubious morals.  Not her scene at all, man! (though one of her friends did once take me for a hot chocolate there.  I didn’t like it! ) I enjoyed it more when I used to go by myself to their poetry readings downstairs.  I felt very grown up and artistic and intellectual.  Those feelings  didn’t last, but nowadays I sometimes pop in for a coffee after work, and enjoy the faux decadence again.  I think I may  have my leaving drinks there in a couple of weeks, which will be fun.

Please let me know if you remember any of these places, too.